If you are looking to purchase a home that needs to be remodeled, make sure you pay close attention to all of the future repairs and renovations and how much time and money will be involved. Whether you plan to live in it or sell it afterward, you should try to get the best value for your money. If you are a handyman who can do a lot of work yourself, you could definitely come out ahead. Many people will make a purchase only to later realize that it wasn’t a smart decision. Here are a few things to think about before buying a fixer-upper.

If you are able to fix a lot of the home yourself, then you may not have to worry about this as much, but there are some things you should look for in the house. Many people are looking for laundry in the living space and not in the basements. Having multiple bathrooms in the home is also a desired feature. Some of the bigger things that are important to consider are the condition of both the roof and the siding or brick. Many people overlook it, but foundation repairs are also extremely important. The home has to have a good base to stand the test of time.

Location can be a big part of how much value your home will have after the renovations. If the home has a lot of land, that could dramatically increase its value. If the house is located in town, the convenience to businesses and mass transit could boost value. However, keep the crime rates of the area in mind as well. Values usually go up in locations that are safe and relatively crime-free.

The cost of the house is very important to the overall quality of your finances. You likely do not want to have a large mortgage payment or property tax bill that keeps you strapped for cash. Be sure to take into consideration the number of repairs required and how much the finishing touches will cost. Make sure you run the numbers before purchasing the home.

Your home is one of your largest investments. Do the right research to help make your renovations an easier job for you.… Read More...

Summer is here, which means it’s time to spend time outdoors sprucing up your home. If you’re looking for ways to give your home a refreshing new look, there are plenty of fun projects you can do that will have a big impact on your home and give it some curb appeal. Here are some of the top ways to add some interest to your home’s exterior to help it stand out.

Does your home still have aluminum siding or perhaps no siding at all? Now may be the time to consider updating your home’s exterior with some new siding. Siding is lasting and can make your home really stand out. There are plenty of color options to choose from, so you should have no issues finding something that will match your personal style. Invest in vinyl siding baton rouge for your home and you’ll have a lasting beautiful look.

While you’re in the process of adding new siding to your home, go the extra mile and add a bold-colored door as well. Your door is a major focal point of your home and painting it a bright color can help it pop and attract extra attention.

Landscaping is one of the most popular ways to spruce up a home’s exterior. Your landscaping can vary depending on your budget, personal style preference, and area where you live. Consider adding some beautiful greenery around your home to beautify its exterior and give it some interest. In addition to adding plants around your home, you can also place garden pieces around your home as well to break up the greenery and add some excitement to your landscape.

Sprucing up around the home doesn’t have to break your bank or be a major drain on your time. These projects are a great way to spruce up your home’s exterior and help it stand out in your neighborhood as a showpiece. … Read More...

Styling your home is a big project that comes with many decisions, like picking out rugs, furniture and lighting. If you are worried about how you are going to tackle such a daunting task, you have come to the right place. Keep reading for a few tips on how to decorate your new house.

The easiest way to fill up your space is to choose a design and stick with it. This is much easier said than done, but whether you love Modern Homes Dallas or prefer a more rustic look, you want to carry this approach throughout your house. If you are struggling to make a decision, working with an interior designer can help put your ideas on paper.

#2. Choose a Technique That Will Last

When deciding on furniture, wall art and paint color, be sure you go with colors and textures that will suit your style for years to come. While your interests may change over time, it is smart to pick timeless pieces that may go nicely with any changes in decor. Think long and hard about the addition of any busy wallpaper or loud paint colors; however, these elements can pull together a design if done correctly.

It is easy to choose couches and chairs based solely on looks, but your back will thank you for selecting both furniture that is both comfortable and stylish. It is always nice to come home to a new build that is cozy and welcomes family time.

Closing on a new home is exciting, but moving all your things and purchasing new items for your space is tricky. Putting together the feng shui of your place does not have to put you over the edge. With the tips above, you will be above the decorating curve!… Read More...

Home improvement repair projects generally involve remodeling jobs. HELOCs give borrowers the benefit of an extended draw period, or time frame in which they can tap the line of credit for cash. If DIY home improvement is your thing, good for you; you can save lots of money when you shop home improvement on eBay and put your own personal stamp on your home at the same time.

Let’s compare the cost of a $15,000 kitchen remodel paid for with a credit card versus a Marcus home improvement loan. This helps us control the time needed to complete your remodeling project, as well as control overall cost. A home improvement loan from Marcus can help you take the steps you’ve been wanting to take to make your house feel a little more like, well, home.

But it wasn’t only on set that Tim Taylor’s left-handedness caused him trouble-among his many accidents at home, he managed to fall off the roof, fall through the roof, blow up parts of the house and electrocute himself several times. More extensive projects might require that you borrow against the equity in your home.

What we mean by an unsecured loan is simply that you’re borrowing money based on your creditworthiness versus putting up your home or other assets as collateral. Allen played the lead role of Tim “The Toolman” Taylor on Home Improvement, the TGIF sitcom that originally ran for eight seasons from 1991 to 1999. 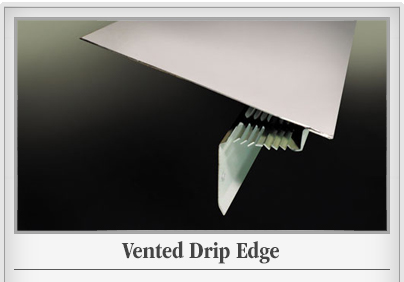 Simplify the process – Because you are offering an unsecured financing option, your customers do not have to secure an equity-based loan, which can save considerable time, paperwork and hassle. The next time you have to tear out some carpet, cut several long strips, and use them as pathways to protect the flooring in other areas of the house. Make your home projects happen with loans up to $35,000. He was a frequently used name on theÂ Tool Time set. After Pamela Anderson left, the actress Debbe Dunning was cast as the new Tool Time girl named Heidi Keppert. Troubles brew on Tool Time when Bud mandates that no non-Binford products are to be used on the show.

Home improvement repair projects generally involve remodeling jobs. Each episode includes Tim’s own Binford-sponsored home improvement show, called Tool Time, a show-within-a-show In hosting this show, Tim is joined by his friend and mild-mannered assistant Al Borland ( Richard Karn ), and a “Tool Time girl”—first Lisa ( Pamela Anderson ) and later Heidi ( Debbe Dunning )—whose main duty is to introduce the pair at the beginning of the show with the line “Does everybody know what time it is?” In reply, the audience yells, “TOOL TIME!” The Tool Time girl also assists Tim and Al during the show by bringing them tools.

In the show’s eighth season and final season, the middle child Randy left for an environmental study program in Costa Rica in the episode “Adios”, which aired on September 29, 1998. The show had a number of optional titles before Home Improvement was eventually chosen, including Hammer Time and Tool Time. Through a collection of comprehensive full-text content, this database provides users with detailed, user-friendly how-to” information covering a variety of home improvement and repair projects. He is a former salesman for the fictional Binford Tool company, and is very much a cocky, overambitious, accident-prone know-it-all Witty but flippant, Tim jokes around a lot, even at inappropriate times, much to the dismay of his wife. This program was introduced in 1986 to provide below-market interest rate loans to qualified Texas Veterans for home repairs and improvement to their existing homes.

When John Bedford Lloyd auditioned for Home Improvement, he was considered for both the role of playing Tim’s Tool Time assistant and his neighbor, Wilson. GreenSky® helps you delight your customers and grow your business from day one with the most powerful tool you can possess: The ability to increase your customers’ buying power.

Outtakes: Tim and Al keep laughing during their Tool Time segment about things that are stuck. You might not take possession of the funds—but the money is available to pay for contractors … Read More...